For the next few months I’m ditching work and will be exploring West Africa on my bike. In just over a week I’ll be flying to Dakar in Senegal and cycling south for 3 months until I reach Monrovia in Liberia.

I’ll try to find internet access along the way and upload a few posts about the journey.

This is my planned route 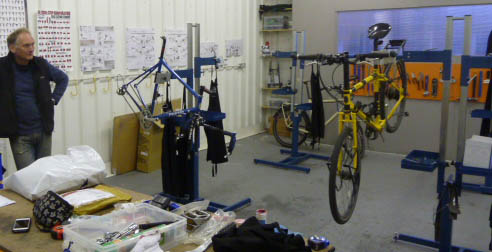 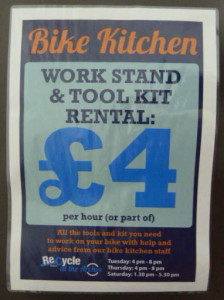 They won’t do the work for you, but they’ll give you a hand and point you in the right direction if you need help. There are maintenance courses on some evenings, I understand the first one was about setting up brakes – perhaps I should have gone along…

I took my bike along because I live in a flat and don’t have much room, I only had to do a few simple things to my bike. They have all the tools you need and space for you to use (no need to turn the kitchen into a bomb site!)

Everybody gets a work stands and a basic toolbox with things like allen keys, grease and wire cutters. Specialist tools are in cupboards or on the wall, torque wrenches, vernier callipers(?), crown race removers, hacksaws etc. etc.

I changed my chain and shortened a spare, adjusted the bottom bracket, changed the brake cables, did a hub gear oil change and removed the front fork. They had all the tools I needed (much better than mine at home) and had basic parts like cables and cable outers – and helped me out when I wasn’t sure what to do!

All the details are here, they’re open a few days per week and on Saturday afternoons. Plus they have tea, coffee and biscuits. 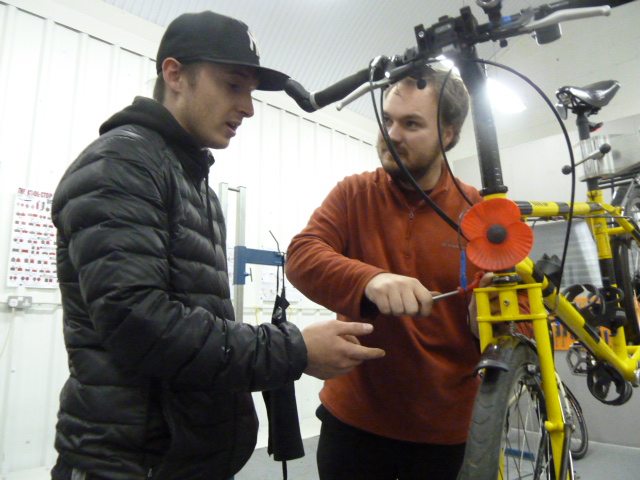 Today my local paper have published a brief opinion piece about how our children’s freedom is compromised by lack of transport choice. I wrote it after being inspired by work from Judith and David Hembrow of The Campaign for Childhood Freedom and The Cycling Embassy of Great Britain.

I hope you agree with the sentiment.

It’s hard to dispute that children today have less freedom than their parents did when they were young.

Surveys show that parents now fear traffic more than “stranger danger” and say that it is the main reason they are reluctant to let their children play outside. We do have relatively low road casualty rates in Sheffield but at a great cost – our children have lost their freedom.

Children aren’t allowed to play or travel on their streets independently because of road danger. Respiratory illnesses like asthma are on the rise, obesity levels are increasing and children have fewer opportunities to socialise.

Children’s freedom and independence is restricted by their parents’ understandable fear of traffic. We can’t judge parents for trying to take the best care of their children in the environment we live in, but it doesn’t have to be like this.

We should look to our neighbours in The Netherlands for inspiration. They have made their towns and cities safe and welcoming for children. More than 90% of children ride a bike to secondary school and the average age for independent travel to school on foot or by bike is 8.6 years old! They have achieved this by tackling the cause of the problem rather than removing the victims.

This change in attitude came about 40 years ago after Dutch parents protested following a sharp rise in road deaths and injuries as car travel increased. They called for the streets to be made safe as part of the “Stop De Kindermoord” (“Stop child murder”) protests.

The result was incredible, many roads were closed to through traffic and an extensive network of cycle-paths were built. Bike use which had been in decline started to rise as people gained confidence in going out on their bikes with their children, and sending them out on their own. Their children now have a degree of freedom which children in Sheffield no longer experience. UNICEF consistently rates Dutch children as having the best well-being of all the world’s children.

Can you imagine cycling to school with your children, let alone allowing them to walk or cycle unsupervised?

Our streets can be scary places and are definitely not somewhere you’d want your child to cycle if you had a choice. For those that want to cycle but are unwilling to ride with fast or heavy traffic, normally the only alternative is a longer, much less convenient route on backstreets which often doesn’t even take you where you need to go. The only realistic choice for most parents is to take the car rather than the bike. The biggest losers from this are our children.

We need to transform Sheffield into a place where people of all ages are free to walk or ride a bike without being fearful, without sacrificing convenience. We need to make it the obvious choice. 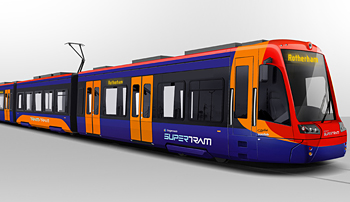