In Sheffield, 23% of people live in the most 10% deprived areas in the country, but only 13% of councillor candidates came from those areas.

In Sheffield 9% of people live in the least 10% deprived areas in the country, but 27% of Lib Dem candidates, and 31% of Conservative party candidates came from those areas.

The full data is presented in the charts below. The data is from the 2015 Indices of Multiple Deprivation, the Sheffield City Council Statement of Persons Nominated May 2016, and Annual Mid-Year Population Estimates for the UK, for more information see my other blog post.

END_OF_DOCUMENT_TOKEN_TO_BE_REPLACED 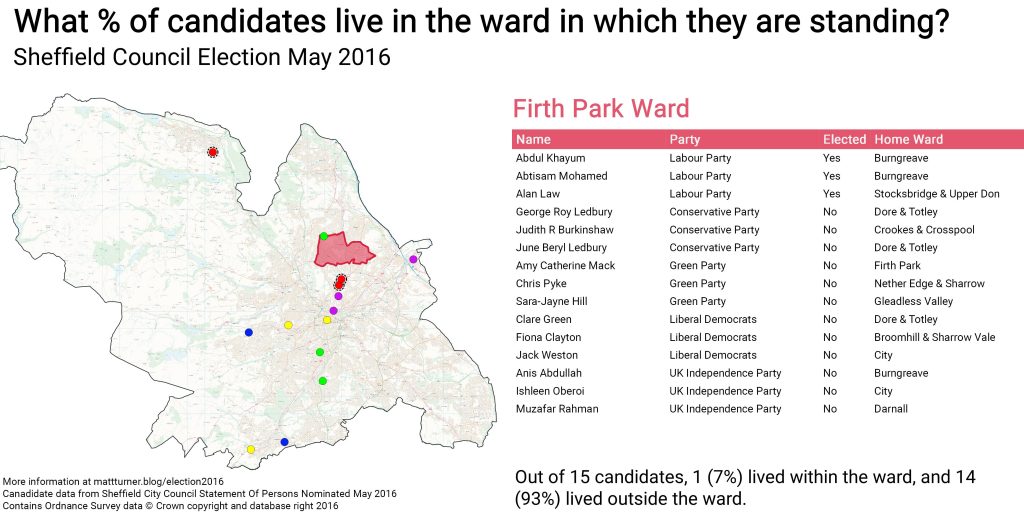 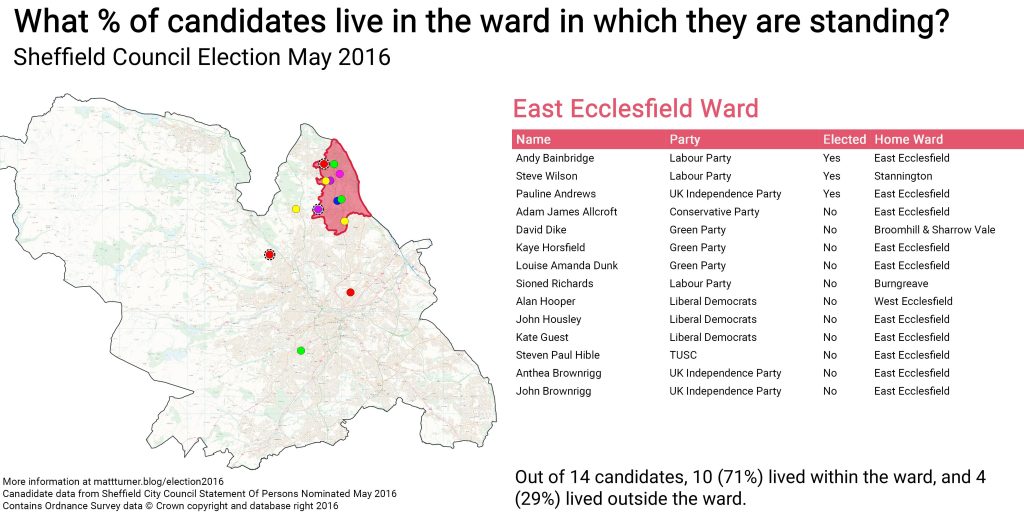