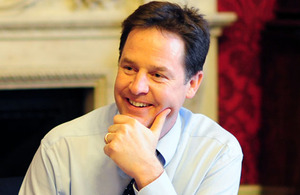 The Deputy Prime Minister has also announced £500,000 to improve cycling facilities in Yorkshire. The investment will contribute to constructing a number of cycle circuits across the county. Every year each circuit will support 10,000 competitive and recreational cyclists who want to take part in the sport away from traffic, with access to the best support facilities.

Is this enough money? Given that the population of Yorkshire is 4.9million and the Get Britain Cycling Report recommended we spend £10 to £20 per person per year, Yorkshire needs to invest £49,000,000 per year. £500,000 over two years is clearly not even a drop in the ocean. It represents just 0.5% of what we need to be spending.

It seems that most of this money will be spent on leisure cycling, rather than in investing in creating pleasant towns and cities where people can get around by bike. 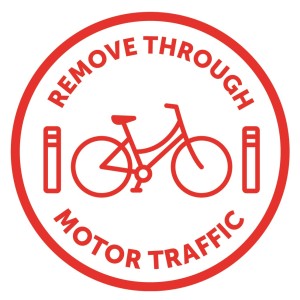 “I’ve got to say- even I was startled by the degree to which car traffic is degrading ordinary people’s lives.”
Josh Hart

One of the Space for Cycling principals is the removal of through traffic. This is really important, research has shown that our communities suffer when their roads are used by high volume motor traffic.

When we talk about ‘Livable Streets’, this phrase was originally coined by Donald Appleyard. His work is summarised in this great video from StreetFilms.

This study was replicated just a few years ago in Bristol;

The results confirmed that Appleyard’s findings are applicable to the UK in the 21st century; specifically that the number of friends and acquaintances reported by residents was significantly lower on streets with higher volumes of motor traffic. The extent of people’s home territories‟ also diminished as motor traffic increased.

They produced similar community interaction maps and the results are strikingly similar.

“During the interviews, residents were asked to draw their ‘home territories’. Home territory was defined as the “area over which you feel you have a sense of personal responsibility or stewardship” (Appleyard, 1981). The results confirmed Appleyard‟s findings about the relationship between traffic level and the range of home territories.” 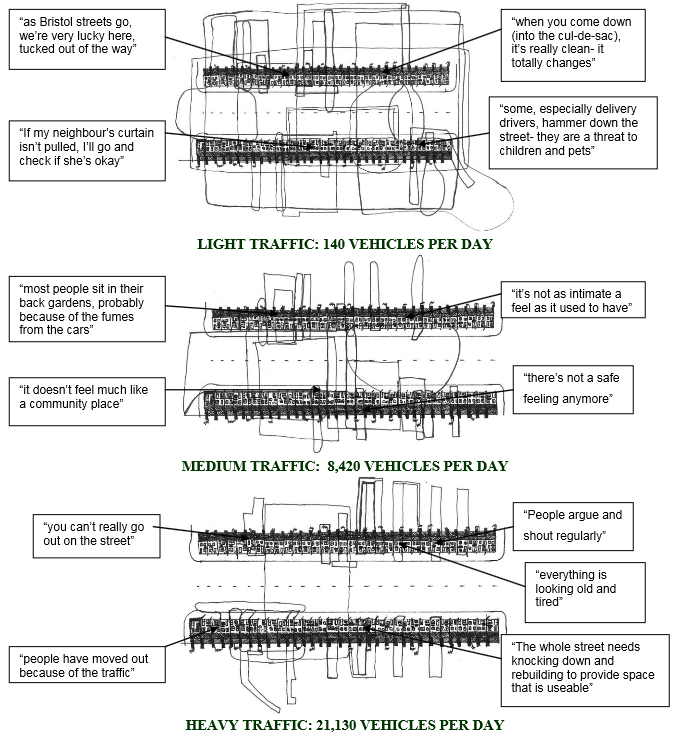 These two studies are linked below If you’d like to read them.

A blog post by one of the authors, Josh Hart – No Friends? Blame the Traffic…