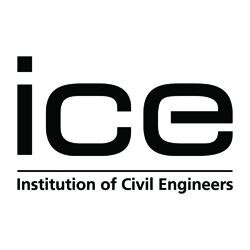 Today the Institution of Civil Engineers has released their State of the Nation: Infrastructure 2014 report and it calls on the UK government to embrace cycling as a mainstream travel choice. It is well worth reading the section on Local Transport Networks, it makes rather depressing reading.

Well done ICE for highlighting and supporting these issues.

Both walking and cycling have an important role in shorter trips for joining up public transport journeys, alongside associated health and well-being benefits. Traditionally most of the benefits of transport infrastructure projects have been associated with reductions in travel time; however, studies suggest that active travel should be considered as a positive aspect in infrastructure appraisals.

Walking is often neglected in transport debates yet still accounts for around one-quarter of trips and is the second most common mode of commuting. Environments that are attractive to pedestrians are often also attractive places to live, work, shop and socialise. ICE would like to see walking promoted through better streetscape management, including wider, better-lit and better-maintained pavements and public realm. There should also be a reduction in unnecessary street furniture, traffic-calming and other measures to make existing environments more pedestrian-friendly.

The UK ranks 24th in the EU for the percentage of its population cycling daily, yet cycling could make a much greater contribution to our travel. It reduces pressure on road space and the need for parking, and improves public health; but despite a relatively high public profile and encouraging words from Government, there has been much less meaningful action. ICE recommends that transport policy should embrace cycling as a mainstream travel choice and address the barriers to achieving this by:
Committing to clear national objectives and targets
Increasing funding to ensure development of high quality networks in major urban areas
Taking action to improve cycle safety and perceptions of safety

Use of closed circuit television spy cars on their own to enforce on-street parking made illegal.
In a victory for drivers and shoppers, the government will make it illegal to use closed circuit television (CCTV) ‘spy cars’ alone to enforce on-street parking ending the plague of parking tickets by post, Communities Secretary Eric Pickles and Transport Secretary Patrick McLoughlin announced today (21 June 2014).

We’ve been campaigning for tougher enforcement of parking offenses for a long time. Banning the use of CCTV, discounts for appeals and freezing penalty notice fees reduces our ability to protect infrastructure designed to enable people to use a bike.