Earlier this year it became clear that the costs had risen to £275,000 and that the funding source had been switched to the Local Sustainable Transport Fund [LSTF final spend document]

A significant queue frequently forms on the A630 West Bawtry Road approach to the Rotherway roundabout in the evening peak period and at times this queue can be 600m long. This queue causes delay to traffic using the A630 and also causes issues with some drivers using an adjacent service road at inappropriate speed to cut out some of the queue.

Consideration of the practicalities of the free flow and widening options shows that the preferred scheme is to widen the A631 West Bawtry Road approach from Canklow entry to the Rotherway roundabout and it is recommended that this scheme is progressed to detailed design and implementation.

It is expected that by reducing the length of queues on the A630 West Bawtry Road entry to the Rotherway roundabout that traffic queues and delay would be reduced and that, together with the recently introduced traffic calming, would mean that drivers would no longer use the service road.

This was approved along with the preliminary design below. 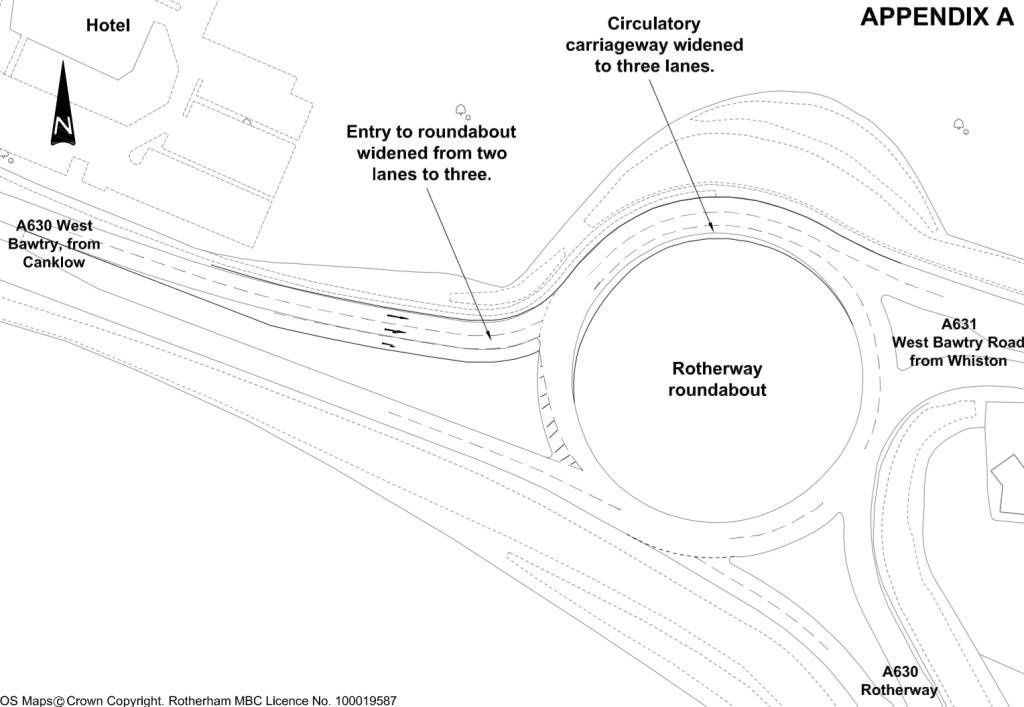 You can see on Streetview the construction works of the approach widening and the roundabout widening. There was already a shared use footway at the edge, that hasn’t been changed.

So, how is this accomplished? We give away prizes in return for you ditching your car on journeys to
work, nights out or anywhere for that matter. Pledge the number of miles you would have driven right here on our site for a chance to be entered into the monthly prize draws.

This scheme is running for 3 years and has a budget of £30,000 for it’s lifetime. Would this money be better spent elsewhere? Is this the sort of project envisiged at the inception of the Local Sustainable Transport Fund?

The establishment of the LSTF reflects the importance the Government attach to helping build locally a strong economy and addressing at a local level the urgent challenge of climate change and the commitment made in the coalition agreement to promoting sustainable travel initiatives. 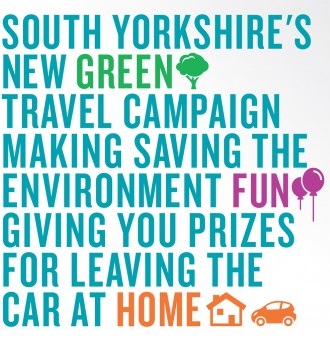